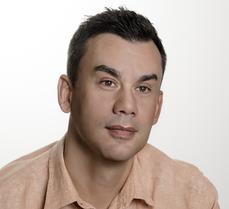 Dmitriy Ivanov was born in Russia. At the age of 22 years old he obtained a Master degree with honors as a scientist-researcher in a field of optics and laser engineering from Tomsk State University in Russia. During his study at  the university, he became fascinated with the Oriental philosophy. He saw that it could answer many of the questions, which science had failed,  in some cases, to answer.

and the Doctor of Traditional Chinese Medicine (TCMD).
Dr. Ivanov has practiced  for many years helping thousands of patients gain their health back to start enjoying their lives again.

Based on his observations at the clinic and decades of meditation and contemplation Dr. Ivanov developed his own unique approach that is founded on the  principle of body-mind inseparability and it focuses on educational aspect of the treatment. Once the patient's mental and emotional state is changed the disease is not coming back. It is simple and very effective.